From Newton, Einstein, to God: A Poetic Memoir 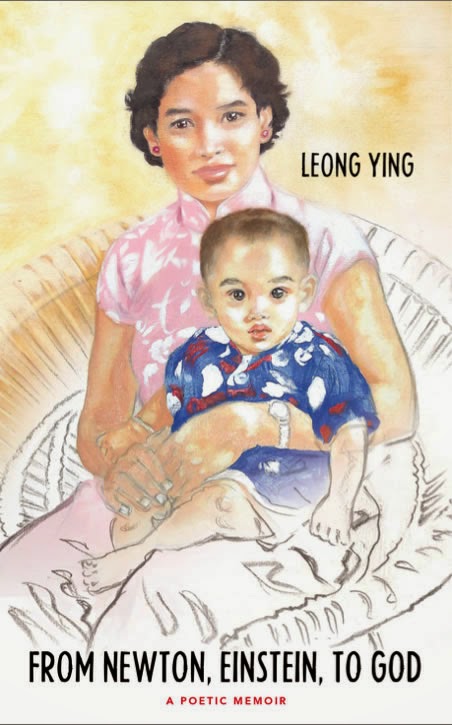 I am a big fan of memoir, so I picked up Leong Ying's From Newton, Einstein, to God over the holidays.

Born in to poverty in Singapore in the 1960's, Leong is pushed to science even though his heart lies in spirituality. He builds a strong career in nuclear physics and immigrates to the United States to chase the dream. After arriving, he once again finds his spirituality and intertwines it with his skills in science to discover the Twin Universe, which will guide us all into the future.

This memoir is written in poetry, which was a bit of a departure from what I am used to. It had a soft rhythm to it, and it served Ying's story well. I really related to the academic portion of Ying's career; the writing and the publishing, and trying to get it all out there to move up the ladder. It is exhausting as anyone who does this knows, so it was nice to relate to this memoir on that level.

The story was interspersed with pictures from Ying's own life, which helped set the tone of the memoir and make it more personal. I particularly enjoyed the passages from Ying's youth where he was just a boy horsing around and making silly decisions. I could feel the pull he felt between his home life and wanting to just be a kid--that, it appears, is quite universal.

For purchase below.
Posted by Nicole at 3:29 AM